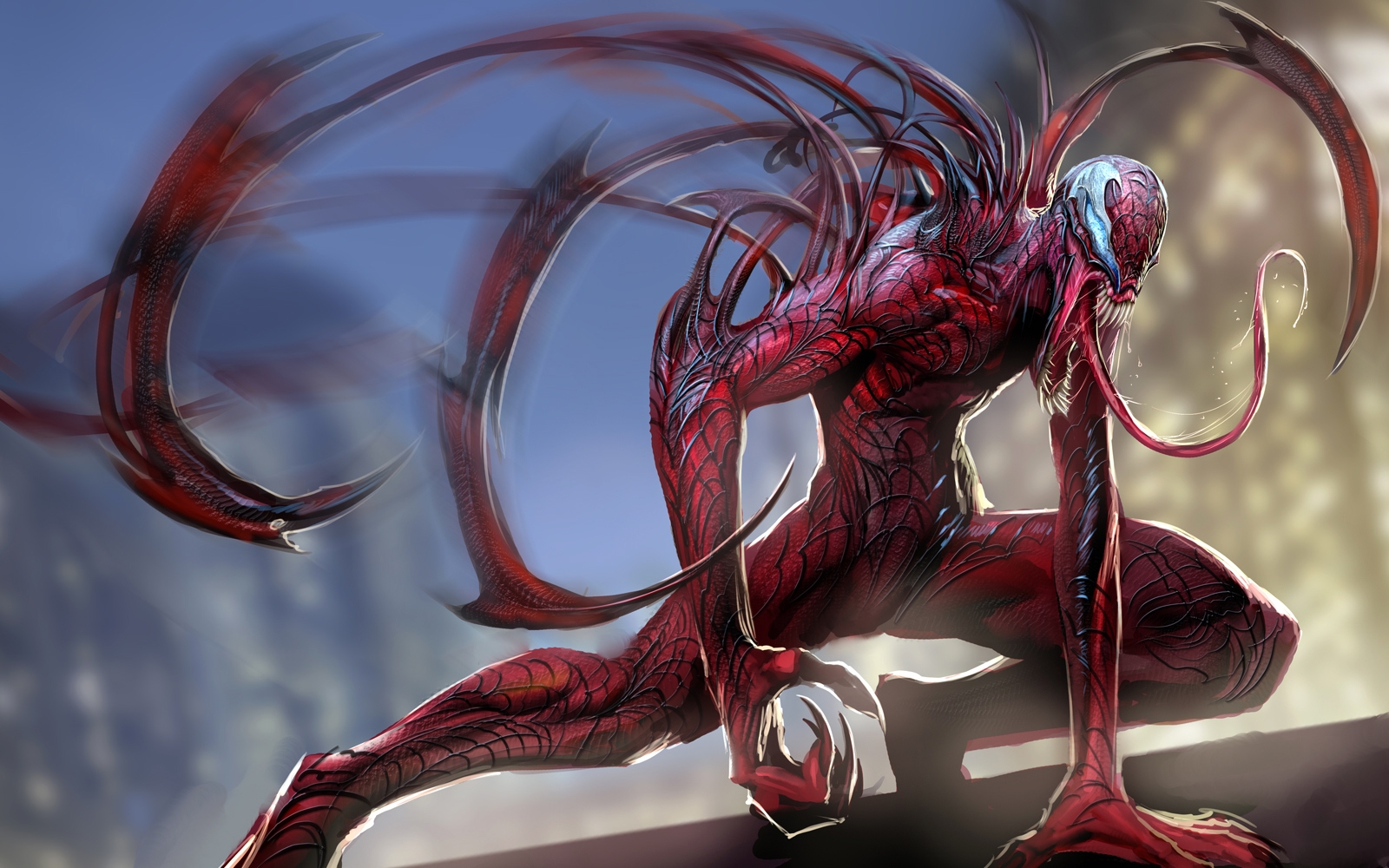 Carnage was once a serial killer known as Cletus Kasady, and became Carnage after merging with the offspring of the alien symbiote called Venom during a prison breakout. The symbiote amplified his psychotic nature making him even less mentally stable than he had been previously, and therefore even more dangerous. An interesting note is that, unlike Venom, Carnage is a singular entity, referring to himself as "I" instead of "We", because the symbiote has actually merged into Kasady's bloodstream. Carnage is also the "father" of Toxin.