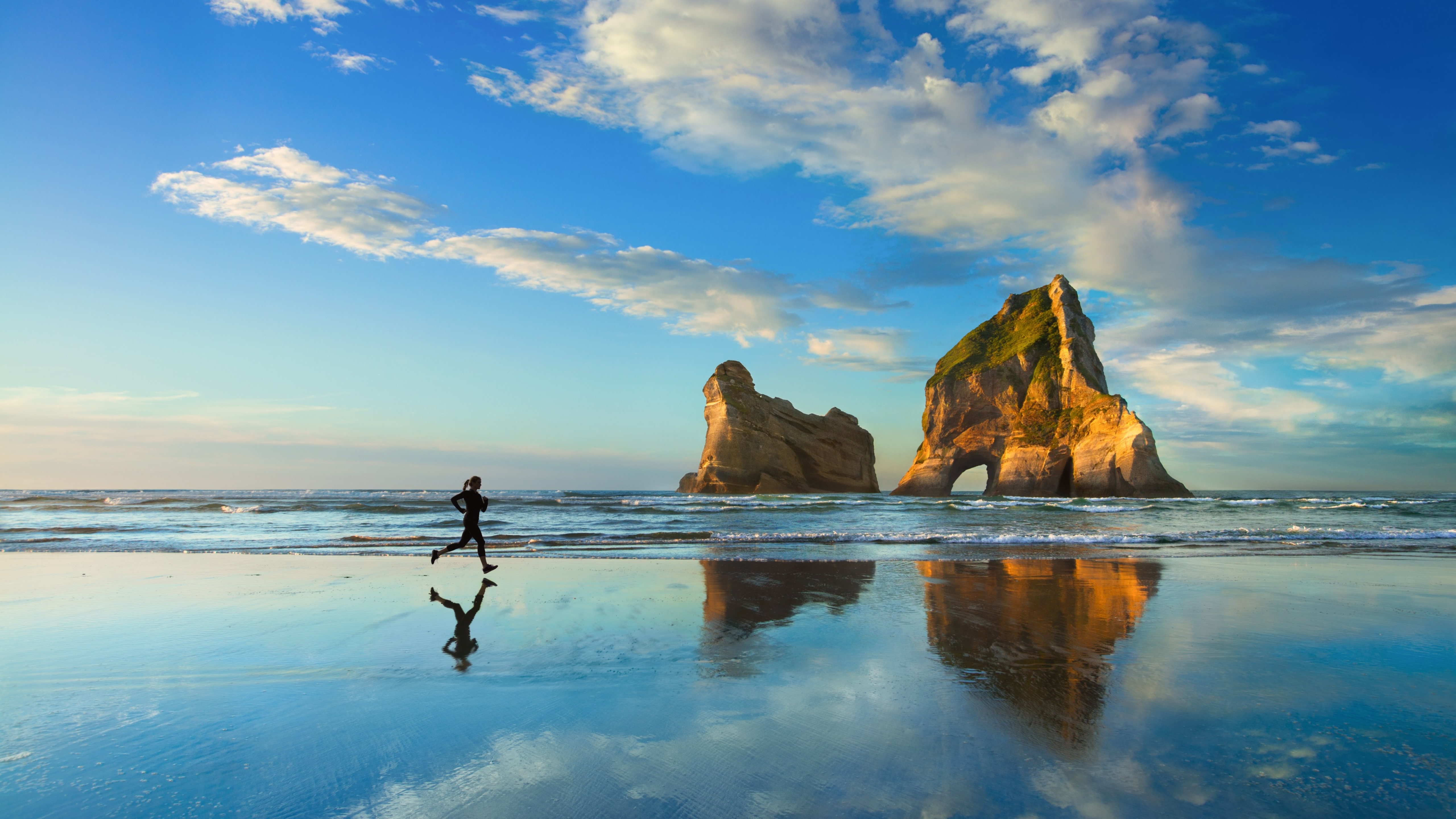 Wharariki Beach is a beach west of Cape Farewell, the northernmost point of the South Island of New Zealand.

The north-facing sandy beach is accessible only via a 20-minute walking track from the end of Wharariki Road. The road end is approximately 4 kilometres (2.5 mi) from the nearest settlement, the small village of Puponga. A camping ground is located along Wharariki Road, but the area surrounding the beach is devoid of any development. Wharariki Beach is bordered by Puponga Farm Park, with the wider area more or less surrounded by the northern end of Kahurangi National Park.

The beach is flanked to the east and west by cliffs, but due to the flat topology of the area behind it, the beach area and the grassy dunes behind it are quite exposed to winds.

The Archway Islands are a group of four rock stacks or small islands, with even the largest one of them measuring only about 300 by 200 metres (980 by 660 ft).

The largest of the islands is closest to the mainland and adjoins Wharariki Beach; it is generally not cut off by the sea. The second island lies about 150 metres (490 ft) offshore and is relatively flat and vegetated. The remaining two islands are typical rock stacks, with the larger one 66 metres (217 ft) tall and containing two natural rock arches, giving rise to the naming of the group of islands.

Admin lonewolf6738 commented: Have put up some Additional Info, hope this helps Anon 🙂 5 years ago