Having sailed into 2014 on fighting form, Revealed Recordings calls on a very special cluster of artists to give Hardwell and Matthew Koma’s chart-topping “Dare You” its first run of remix duties. Originally premiered at Revealed Recording’s ADE night at Passenger Terminal, the label calls upon a host of accomplished new blood set to keep this vocal anthem in heavy rotation for the New Year. Needing little introduction to the global dance community, Dutch icon Tiësto and young protégé twoloud unite with the utmost force to continue their powerful streak of collaborations. North American trio Cash Cash also take the reigns of the powerful vocal anthem, making for a positive run of label debuts for the first installment of remixes. With more still to come over the months ahead, “Dare You” looks unlikely to drop of the industry radar anytime soon.

Hardwells huge hit ‘Dare You’ is getting the remix treatment once again. The new package sees young up start Andrew Rayel and US heavy weights Tritonal go head to head offering up their interpretations of Hardwells hit record. Andrew Rayel, aged just 21, delivers a peak time trance banger, cracking up the energy levels of the track by several notches. As one of his scenes hottest prospects coming out of Moldova, Andrew is touted as one of the most exciting up and coming producer/DJs of the moment, as demonstrated with this un-relenting remix which is sure to be working its way it to sets from the scenes biggest Trance stars. Tritonal’s offering is firmly locked on the big room crowd with a heavy progressive house vibe updating the track for the peak time DJ sets. Hailing from Austin, Texas Tritonal have pumped there version to maximum with energy and slamming drops ready to destroy dance floors with. Both versions would make key additions to any Revealed Recordings fans collection. 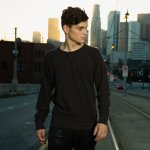