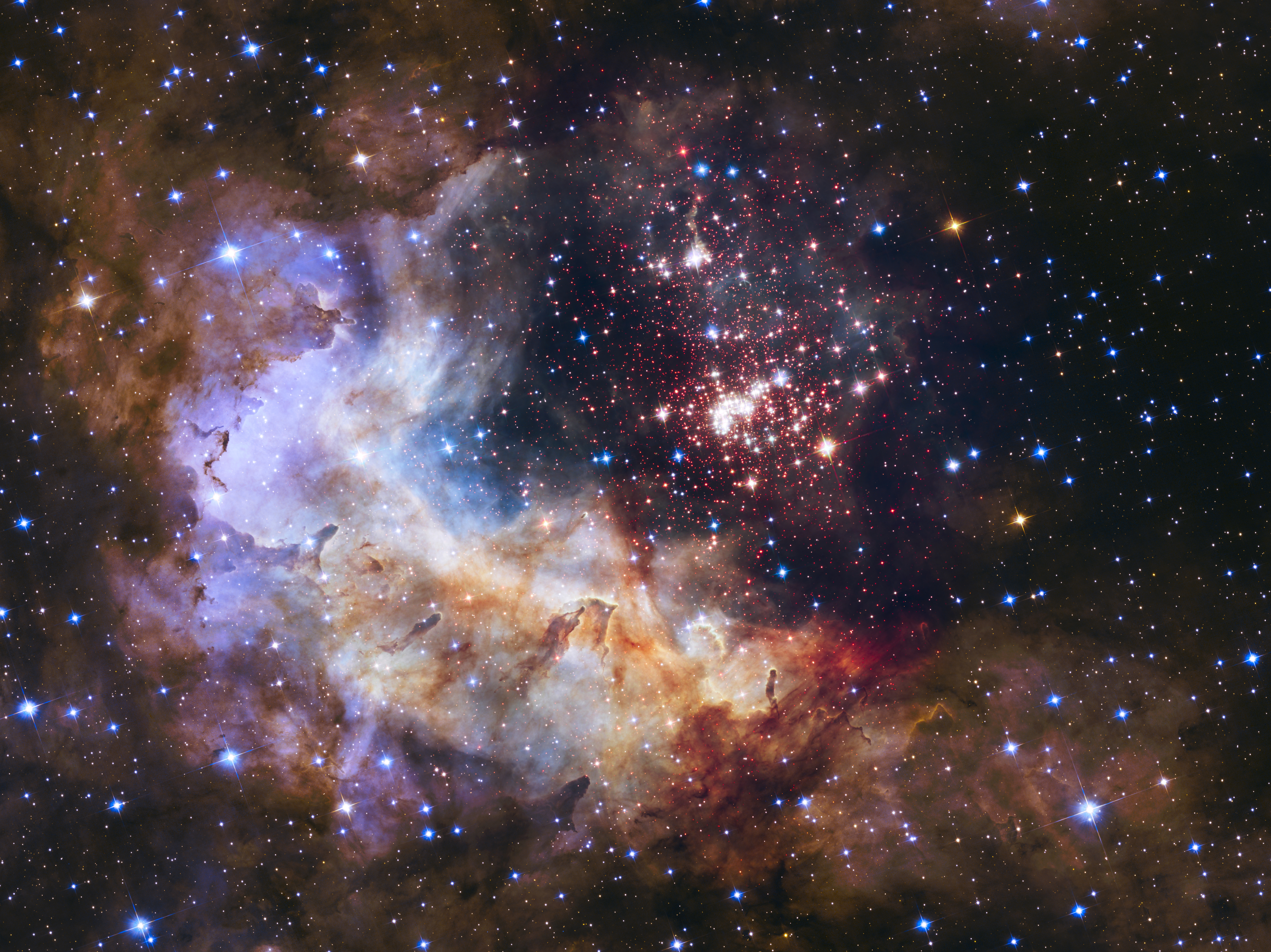 The brilliant tapestry of young stars flaring to life resemble a glittering fireworks display in the 25th anniversary NASA Hubble Space Telescope image, released to commemorate a quarter century of exploring the solar system and beyond since its launch on April 24, 1990. “Hubble has completely transformed our view of the universe, revealing the true beauty and richness of the cosmos” said John Grunsfeld, astronaut and associate administrator of NASA’s Science Mission Directorate. “This vista of starry fireworks and glowing gas is a fitting image for our celebration of 25 years of amazing Hubble science.” The sparkling centerpiece of Hubble’s anniversary fireworks is a giant cluster of about 3,000 stars called Westerlund 2, named for Swedish astronomer Bengt Westerlund who discovered the grouping in the 1960s. The cluster resides in a raucous stellar breeding ground known as Gum 29, located 20,000 light-years away from Earth in the constellation Carina.