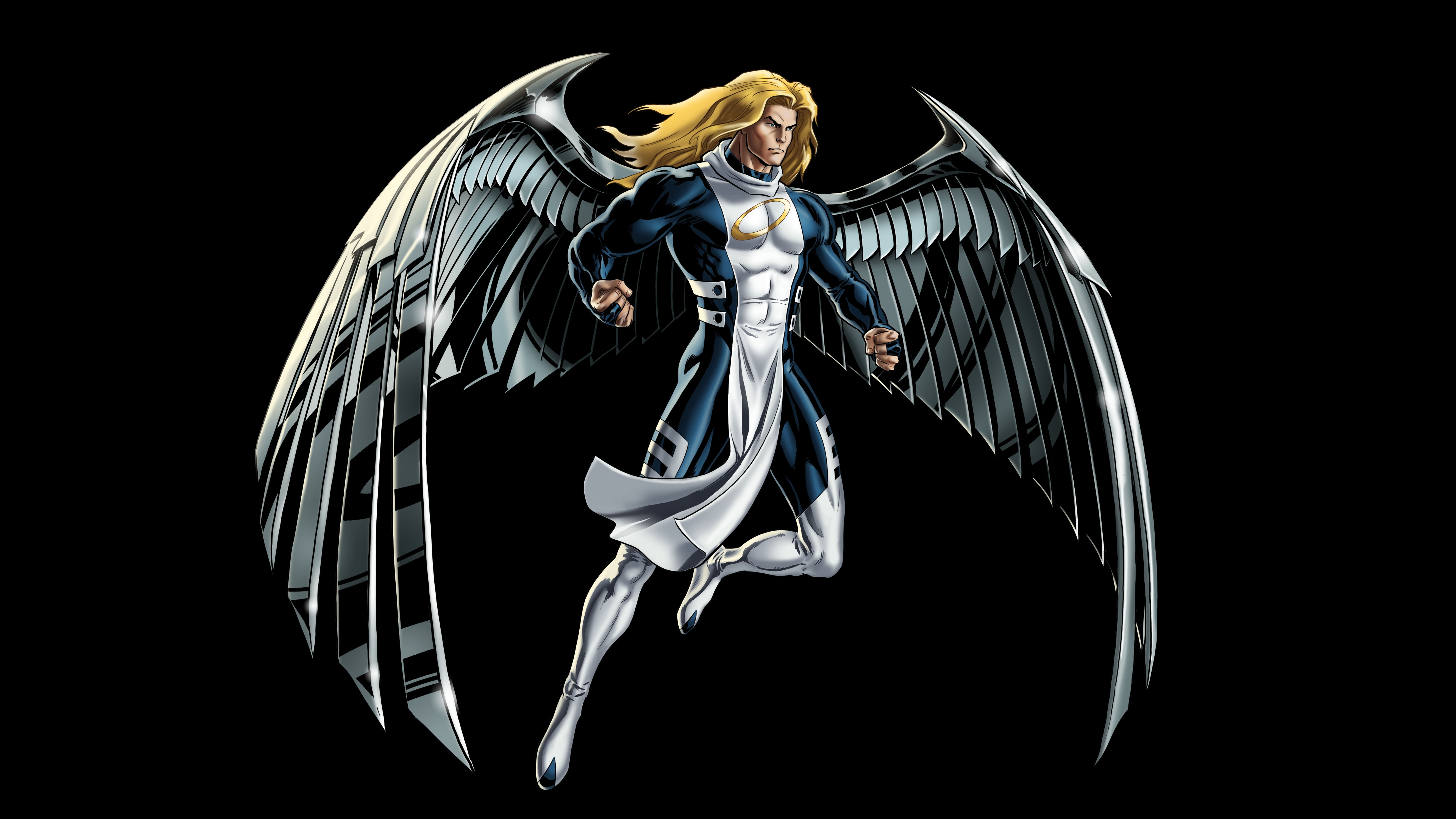 
Warren Kenneth Worthington III, better known as Angel and later as Archangel, is a fictional character, a comic book superhero that appears in comic books published by Marvel Comics. As Angel, Worthington was one of the founding members of the X-Men. A mutant, Angel originally possesses a pair of large feathered wings extending from his back, enabling him to fly. He is the heir and CEO of the multi-billion dollar Worthington Industries. This privileged background results in Warren being stereotyped as an arrogant and self-absorbed playboy during his early years with the X-Men. This personality was ultimately replaced with a more introspective and brooding personality in the late 1980s, when the character was revamped into the more grim and gritty "Archangel" persona.