Demon of The Blue Winds

3 Like
Favorite
Author: greatyu
Tags:
This is a preview! Click the wallpaper to view full size
Anime / Hakuouki Shinsengumi Kitan


Yet another Hakuouki wallpaper!  I have another one to make,well dunno when that's gonna happen.
For more synopsis of Hakuouki- Read description on my other wallpaper "Demon of the Sun Feet" Thanks

(be warned it's LOOONG!)

I think the first chara i liked from Haukouki was Yamanami Keisuke and then it ultimately shiftend on to Saito Hajime,and then to Heisuke,Harada and Okita.

About this Chara:
Saito Hajime was the 3rd Unit capatin of Shinsengumi- very talented swordsman, the anime classifies him to use the rare "Iai" technique.
Saito is left handed which means he drew the sword that way, however people in this case Samurai didn't like that and he was chased away almost from every dojo.
A Philosophical person, he think about being a warrior seriously and is very close to Hijikata- they almost looks like brothers plus Saito is very loyal to him than Isami Kondou

The real version:
*In real life he had two marriages and many relationships.
*He taught in a dojo after killing someone-(chased away)
*Was a heavy drinker
*The fact that he used the sword from left hand is fabricated rumor but there's a fact about it.
*He used a Long Sword:" Sesshu sumi Ikeda Kijinmaru Kunishige"
*Seem to have been very emotional at times.
*Very alert and Dignified- he always sat in the Seiza position.
*He had an interesting death: it goes as follows:

When he knew his time was near- he stayed in bed, and one day he asked all the family members to dress him in white clothing, and he stayed in this formal position of sitting called Seiza before the tokonoma and at 1.00 am he seem to have glared and died.
Afterwards he was buried at Fukushima.

The contrasting feature between the anime and real Saito is that the anime Saito has a scarf thing wrapped around his neck whilst the real Saito disliked it.

About the piece:
*Not very hard to make
*Time taken: 5 hours
*A blue bokeh light texture was used:http://www.photoshopsupport.com/photoshop-blog/12/06/ib-blog/BB_AbstractBlueCrystal_05.jpg
*Various grunge/line/light/flower brushes were used in larg quantaties.
*One gradient was used (primary)
*Another white gradient was used to add a temoporary white to the piece.
*Since his shirt was so boring without anything- i redo it with brushes.
*Scan used:http://www.renders-graphics.com/image/upload/normal/Saito_hajume.png
*Add some light brush strokes to the sword.
*Some flares of light and light curves were added to his hair- also the pony tail.

The name "Demon of The Blue Winds" was used since i rename all the shinsengumi members as demons- i merely followed the naming after Heisuke's wallpaper.
Blue winds is because- Saito is very calm(Blue) but a fast swords man like the wind. initially Saito's symbolic color is blue or purple OR in between that. 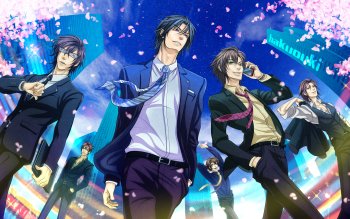 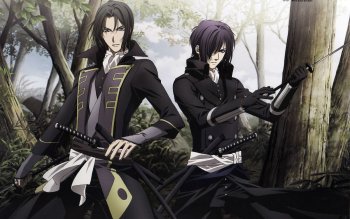 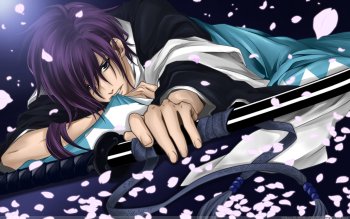 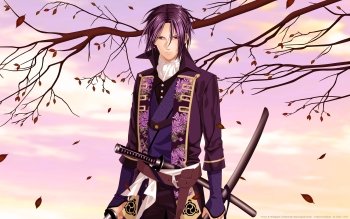 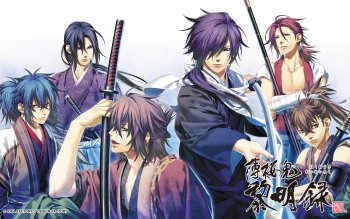 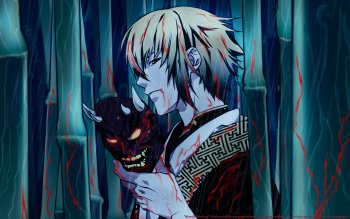 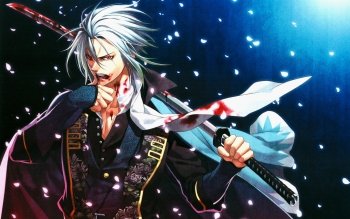 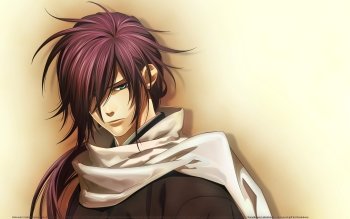 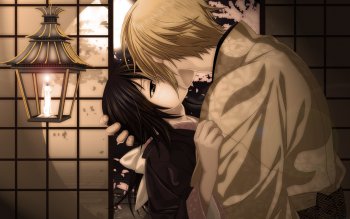 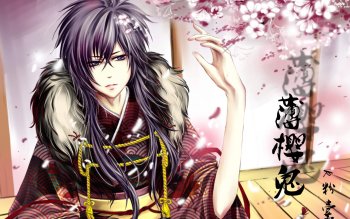 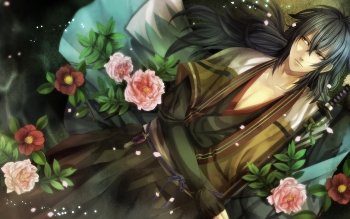 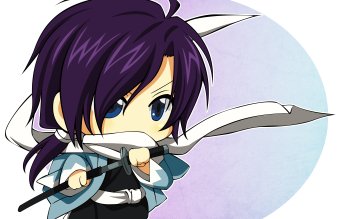 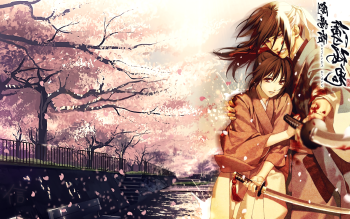 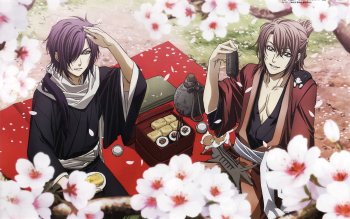 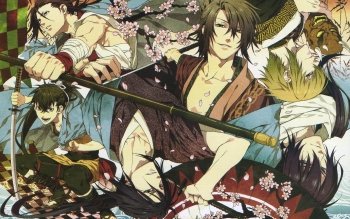 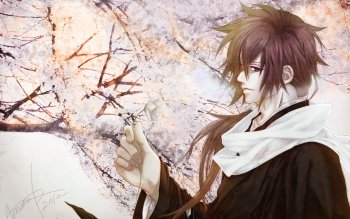 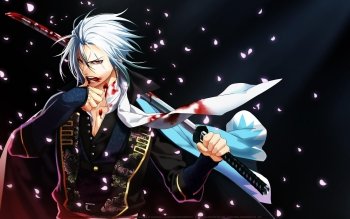 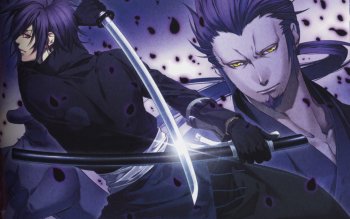