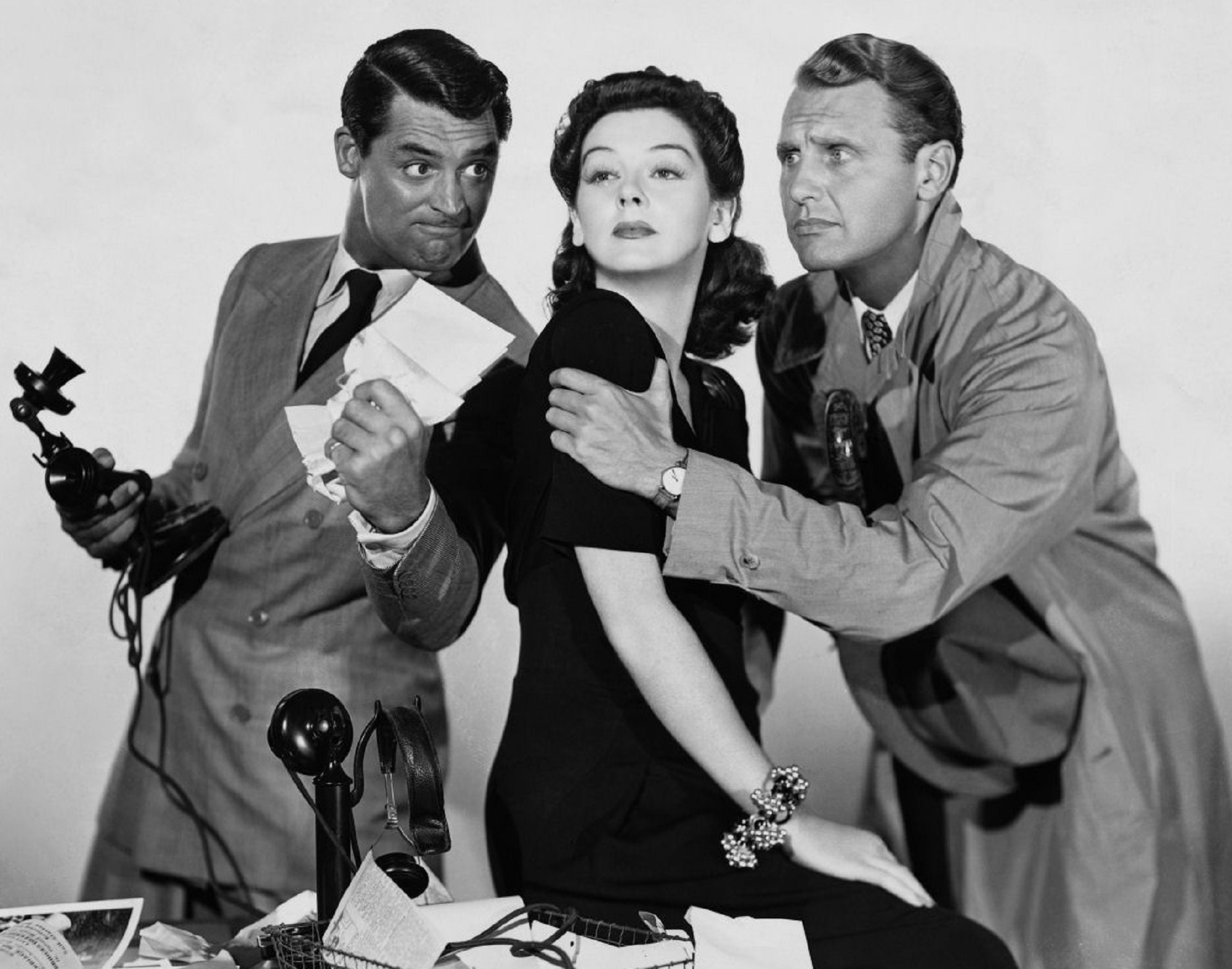 Tagline: She learned about men from him!

Hildy Johnson has divorced Walter Burns and visits his office to tell him that she is engaged to another man and that they are going to get married the day after. Walter Burns can't let that happen and frames the other man, Bruce Baldwin, for a lot of stuff getting him into trouble all the time, while he tries to steer Hildy back into her old job as his employee (editor of his newspaper).