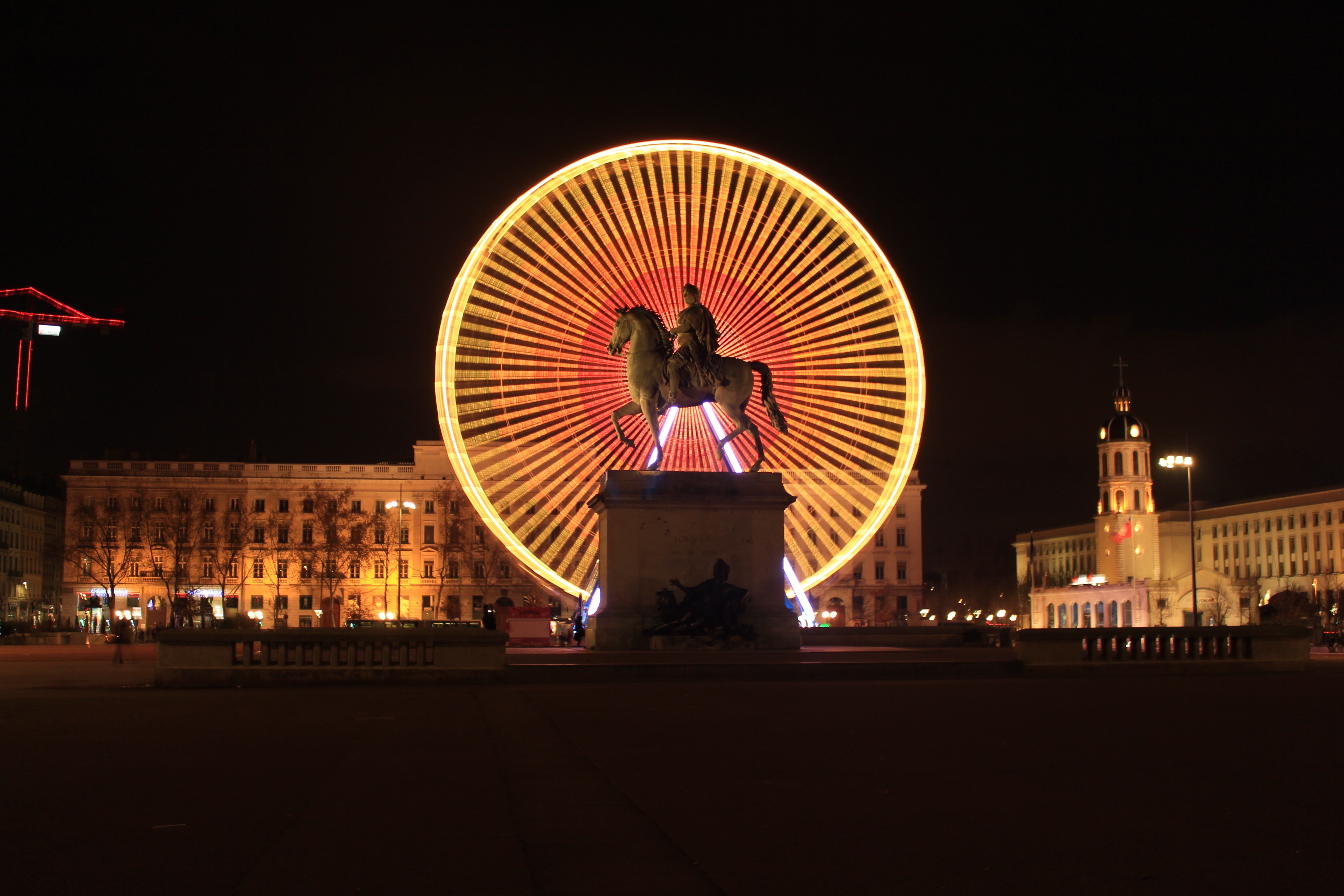 
La Place Bellecour is a large square in the centre of Lyon, France, to the north of the Ainay district. Measuring 312 m by 200 m (62,000 m² or 15 acres), it is one of the largest open square (i.e. without any patches of greenery or trees) in Europe, and the third biggest square in France, behind the Place des Quinconces in Bordeaux (126,000 m²) and the Place de la Concorde in Paris (86,400 m²). It is also the largest pedestrian square in Europe: vehicles are allowed in Places de la Concorde and des Quinconces.

In the middle is an equestrian statue of king Louis XIV by François-Frédéric Lemot (1825). Another statue, representing the Petit Princeand Antoine de Saint-Exupéry, is at the west end of the square. The square also has two pavilions, housing the tourist information office of Lyon and an art gallery.

The square is part of a UNESCO World Heritage Site.