The Gran Telescopio Canarias, also known as the Great Canary Telescope by Andrew-Art 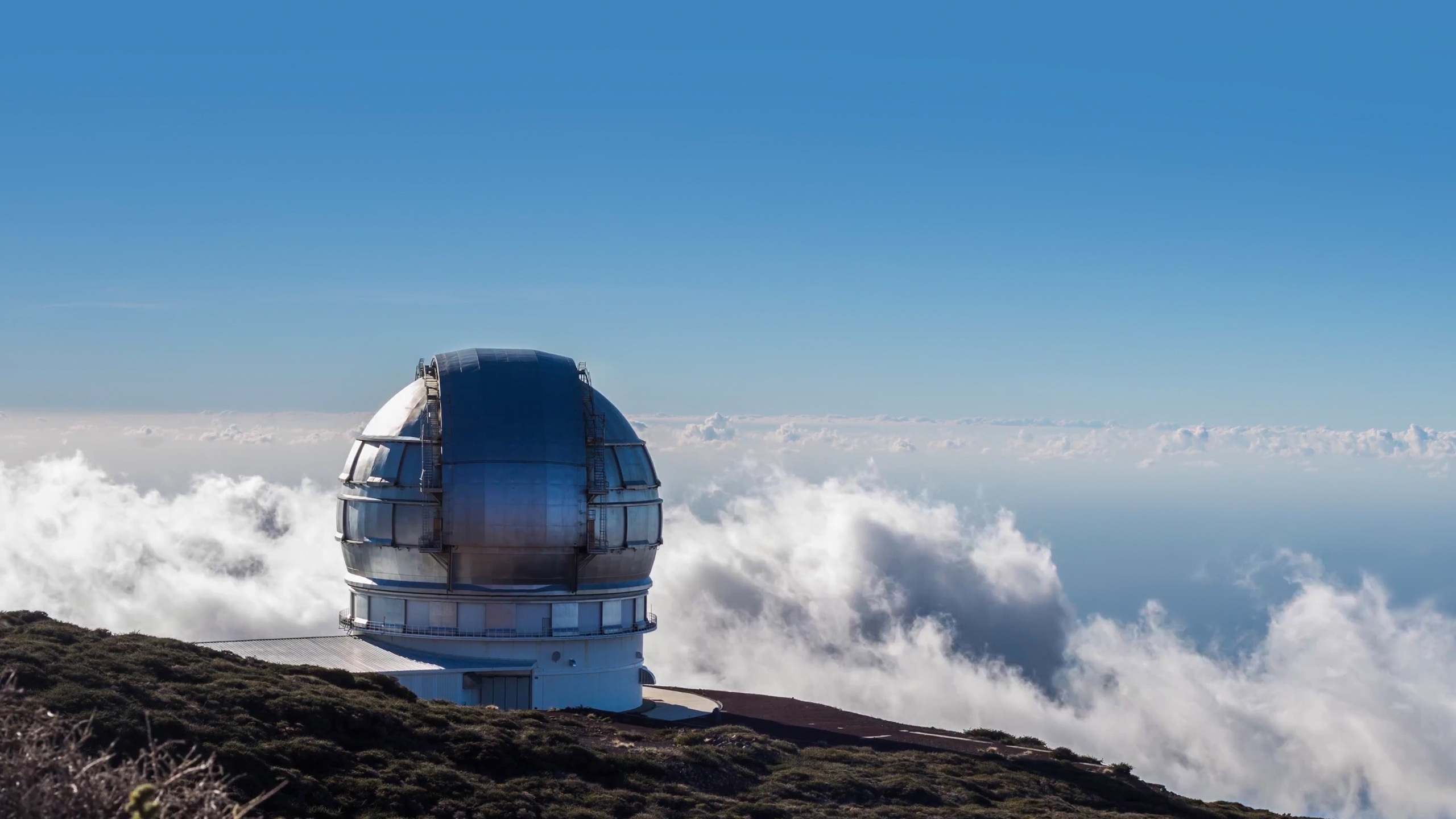 The Gran Telescopio Canarias (GranTeCan or GTC), also known as the Great Canary Telescope is a 10.4 m (410 in) reflecting telescope located at the Roque de los Muchachos Observatory on the island of La Palma, in the Canaries, Spain.

Construction of the telescope, sited on a volcanic peak 2,267 metres (7,438 ft) above sea level, took seven years and cost €130 million (£112 million). Its installation had been hampered by weather conditions and the logistical difficulties of transporting equipment to such a remote location. First light was achieved in 2007 and scientific observations began in 2009.

As of 2015, it is the world's largest single-aperture optical telescope.

Can they see extraterrestrial spacecraft from there? 😮

I am not afraid of the aliens but I think that if they search outside their planet it is because they need materials, food ... Men kill for those things ... Why should not they kill the aliens for that too? 😮

I do not know, I do not know ... The human species is bad, selfish and ruthless. If they are equal to us, nothing good awaits us ☹

We can hope my friend 🙂